Picture of the large barn. 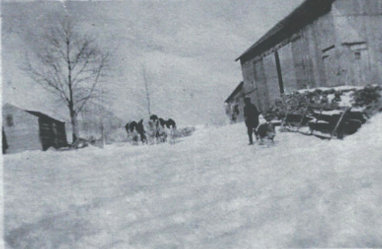 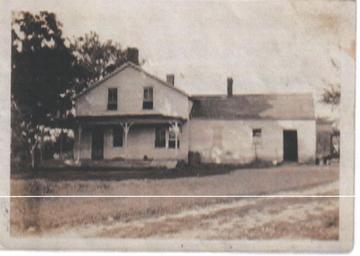 The picture shown above, of our farmhouse,  is from a 1976 Esquatak Historical Calendar for the towns of Nassau and Schodack.   The picture was placed in the calendar to portray what a typical area farmhouse of the late 1700's and early 1800's in the rensselaer county area looked like.

A current picture of the farmhouse. 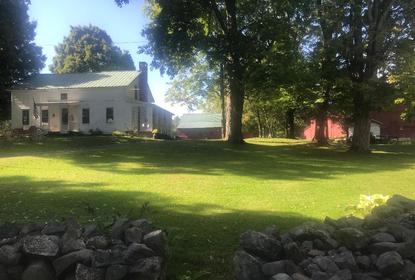 The farmhouse that sits on the property dates back to late 1700 early 1800's.  It has changed hands only a handful of times.  The original land lease from the Van Rensselaer Manor dates back to Abner Newton, a revolutionary war veteran.  Abner Newton was the father of Isaac Newton who is most famous for his career in steam navigation on the Hudson River, running the People's Line.  Isaac Newton was born on the property but then moved at the end of the 1700's after the passing of his father Abner.  It was then sold to William Taber  around the end of the 1700's.  The property stayed in the Taber family  until 1871 when Peleg  Taber fell from a hickory tree and passed due to his injuries.   Peleg Taber's wife Adelia Marvin then sold the farm to her father Enoch Marvin. The Marvin family owned the farm for just over 100 years .  It was then in 1976 when Jim Eley purchased the farm.  Jim is the owner who started the Christmas tree field in the early 1980's.  After the sudden passing of Jim Eley in 2013 we the Reilly's purchased the farm.  Having grown up down the street  I always adored the quaintness of the farm.  I can now say that we are the proud owners of such a historic and beautiful farm. 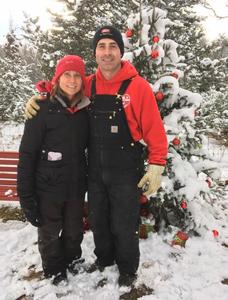